We can Help Manage Your Dunedin Rental Property 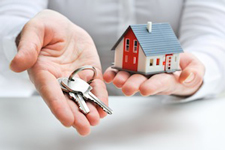 We offer a full range of property management services personalized to you as an investor / homeowner. We have an extensive portfolio of single family homes, townhouses and condos in Tarpon Springs, New Port Richey and surrounding areas.

Get started with your FREE RENTAL PRICE ANALYSIS by completing the form to the right.

Get started with your FREE RENTAL PRICE ANALYSIS by completing the form below.

Explore What We Do

As your Dunedin Property Manager

Upon signing with Legacy Properties we will provide a full property evaluation including advice on rental amounts based on current market, suggested maintenance/repairs.

We utilize top marketing websites and syndicates to advertise properties when they come available. Our experience and expertise allows us to position your property in the most enticing way, to ensure fast turnaround times and shorter time on the market.

All residents are subject to our comprehensive screening process, which includes a criminal background check, credit check, employment, income and prior landlord verification. Our goal is to provide you with the most qualified residents for your home.

We ensure that all leases are carefully prepared based on the residents that will be living in the home, including children, and comprehensively describe the expectations of residency. Additional addendums are provided for allowance of pets and/or hot tub/pool liability exclusions.

We conduct inspections upon move-in and move-out and ensure all maintenance issues are addressed in a timely manner. We offer full-service repair. 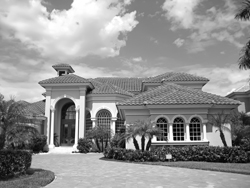 Scottish families originally settled Dunedin in the nineteenth century. John W. Marston, one of the earliest settlers, was a skilled carpenter and citrus farmer who provided work for many who came to the area. Two Scotsmen, J.O. Douglas and James Sumerville, named the settlement Dunedin, the original name of Edinburgh, their hometown in Scotland. Dunedin has the distinction of being the oldest town south of Cedar Key, Florida. With a dock built to accommodate larger sailing vessels, Dunedin became one of Florida's chief seaport and trading centers and at one time it had the largest fleet of sailing vessels in the state.

Dunedin became incorporated as a town in 1899 in part as a response to numerous complaints about pigs running rampant in the settlement, leading to a still-standing ban on livestock within city limits. By 1913, the town had a population of only 350. It became incorporated as the City of Dunedin in 1925.
Source: Wikipedia

Legacy Properties is committed to ensuring that its website is accessible to people with disabilities. All the pages on our website will meet W3C WAI's Web Content Accessibility Guidelines 2.0, Level A conformance. Any issues should be reported to chandre@lprentals.com. Website Accessibility Policy